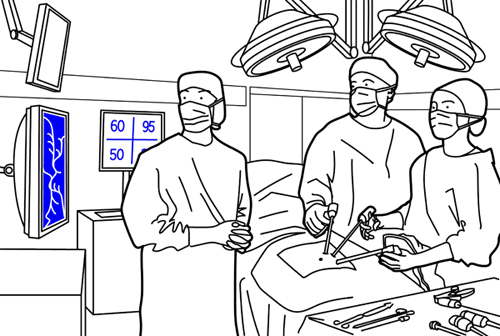 I am speaking at the workshop “Screen Operations. Conditions of Screen-based Interaction” at Humboldt University Berlin. My talk titled “From Action Capture to Interaction Gestalt” deals with the question of how interfaces are created through their use, in a loop of action and perception.

The workshop is part of the Interdisciplinary Laboratory Image Knowledge Gestaltung, cluster of excellence at the Humboldt University Berlin. It is organized by Kathrin Friedrich and Moritz Queisner.

When the first interactive computer was built at MIT it raised two difficult problems: How can digital data become visible to a human viewer, and how can a viewer’s reaction to that data become »visible « to the computer? Both problems were originally addressed by the light-gun: A combination of cathode ray tube and light-sensitive electronics, allowing the act of pointing at a visual representation to become effective in a computational context. However, with this completion of a feedback-loop between representation and action, the visibility of what is represented on screen became subject to interactions between motor activity and visual perception: an effect experimentally studied as »action capture.« Because of it, we have to consider the subjectively experienced form or »Gestalt« of interactive representation as ultimately shaped by user action. In this sense, interfaces are caused by interaction.