Installation and process, 2010
In cooperation with Echo Ho

Process and installation about global trade and labour. We reversed the transfer of the Kokerei Kaiserstuhl coke plant from Dortmund, Germany to Shandong, China by constructing a Yacht shaped sculpture from Chinese steel and rice straw from the Shandong region and having it shipped to Dortmund. After being exhibited there, it finally was stolen in summer 2011. 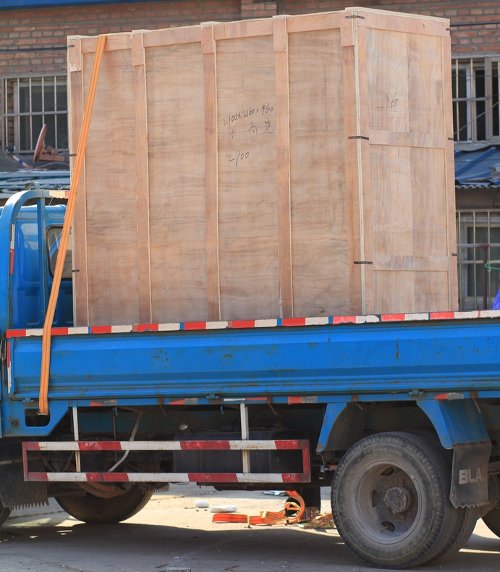 In 2000, the “Kokerei Kaiserstuhl” (an industrial coke plant in Dortmund) became no longer profitable, despite being the most advanced of its kind. Consequently, it was sold, disassembled and shipped to China. Rebuilt in the Shandong region, it advanced China’s heavy industry into the 21st century. The project “Yacht Kaiserstuhl” is an artistic probe into the complex interrelations of global trade and labor that become apparent with this transfer, treating these on the levels of material, process and form.

In China, a yacht was constructed from steel and rice straw taken from fields near the new Shandong coke plant. After the yacht was built, it was dismantled again, packed in crates and put on the next container ship bound for Germany, the reverse route that the coke plant had previously taken. On arrival, it was placed in a Museum in Dortmund where it during ISEA2010 became a reincarnation of the vanished factory. Steel, for the production of which the Kokerei is producing coke, and rice straw both are a material reference to the Kokerei, its use and new location in China. The process of building, dismantling and shipping the Yacht directly reverses the history of Kokerei Kaiserstuhl.

In contrast, the (yacht) form alludes to the expectations of a post-industrial society evoked by the structural changes in the Ruhr area. Remarkably, these expectations are very similar in China and in Germany: While with the Kokerei hard and possibly dangerous work has been exported, Chinese workers expect from it something different: a good education for their children and a life with more comfort. In Dortmund, similar expectations manifest themselves in the ongoing construction of Lake PHOENIX – an artificial lake at the site of an abandoned steel plant, which will eventually host a marina.

After about one year in Germany, the Yacht finally was stolen.

Yacht Kaiserstuhl was developed with Echo Ho for the Heavy Matter exhibition project and commissioned by ISEA2010 RUHR.